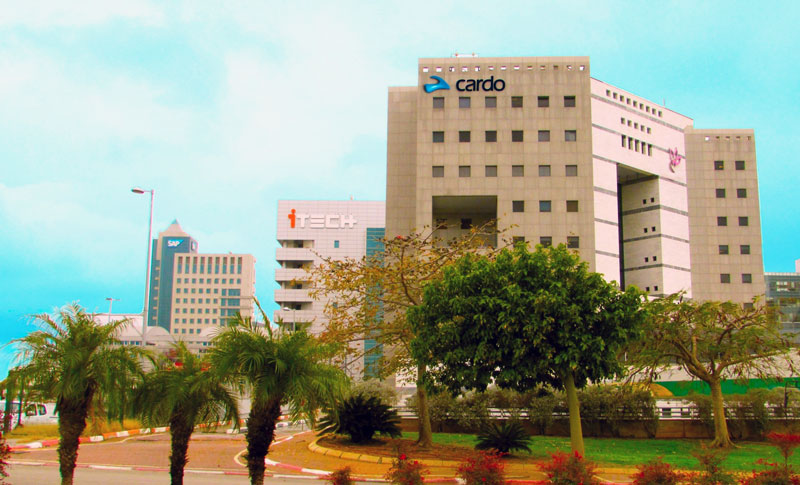 [dropcap]T[/dropcap]alking to one another while riding a motorcycle can be a difficult task. One filled with screaming, hand gestures, head nods and awkward winks. Road noise, traffic and the fact that there is distance between you and your riding buddies make communication while riding pretty tricky.

Many who have used a scala rider Bluetooth system from Cardo Systems, Inc., say it has changed their riding life permanently. Like the world before cell phones, riders tend to forget how difficult it was to communicate before Cardo’s Bluetooth technology existed.

Like many other powersports companies, Cardo was founded because someone felt that the existing solutions for motorcyclists weren’t good enough, and the market deserved something better. That someone was Cardo’s CEO Abraham Glezerman. On a cross-country trip in 2003, he used a wired router to a passenger headset, which a year and a half later helped found Cardo Systems. The company’s first product
was its scala rider, the first Bluetooth-powered headset.

Since then, the scala rider line has become a global market phenomenon in the rider communications field, selling 3.5 million units worldwide to date.

“Early on we developed Bluetooth units for personal use, but it was a relatively brief sidekick. We generally focused on motorcycle and powersports enthusiasts, and we kept expanding the capabilities of our products,” says Jamie Cheek, vice president of sales for scala rider. “Our tagline has always best expressed what we are all about, which is ‘communication in motion.’”

Comparing the first scala rider solo headset with the latest scala rider PackTalk communication system is similar to comparing Motorola analog phones to today’s cell phones. The progress has been staggering.
“Our initial goals were always and still are to empower the riding community with the finest communication systems available anywhere,” Cheek says. “We are proud of the fact that 90 percent of all of our features and functions in our industry were either invented in our R&D lab or are an exclusive for Cardo feature.”

With the rampant growth of cell phone use in the last 10-15 years, you may be wondering why Cardo didn’t focus more on that market. However, it came down to finding a niche user and following the company’s passion for riding.

“The cell phone market became so heavily diluted with everyone having one,” Cheek says. “Our concentration was really the powersports market because there wasn’t a solution and we knew that there needed to be a solution because so many motorcyclists, snowmobilers and off-road guys had never had a Bluetooth solution. We saw a void there so we put all our focus on that instead of keeping up with the diluted industry of regular in-ear Bluetooth devices.”

Since day one, Cardo has remained focused on the powersports market segment, according to Cheek.

“We derive our advantage in terms of experience and know how, and this explains our edge in the market, which comes from our employees being riders, racers, we sell the product, we make the product, and we are motorcycle enthusiasts,” he says.

Cheek notes that while the scala rider line certainly has had a stronghold on the market, the company hasn’t been resting on its laurels.

“The good thing is we continue to invest vast efforts and resources in R&D. Our track record shows by far more firsts than any of our competitors combined.”
Cardo’s scala rider PackTalk product is equipped with a proprietary technology called DMC (Dynamic Meshwork Communication). Cheek says Cardo is the only company to offer large groups
of riders, as well as small groups, the ability to communicate in an unprecedented way.

“The PackTalk has no equal in the consumer electronics industry, let alone in the market for motorcycle communications,” he adds. “You can maintain fully uninterrupted, duplex intercom conversations between small groups of two or three and up to as many as 15 riders irrespective of rapid changes in physical position of each rider in the group, which has been the challenge for years.”
In the past, if you left the daisy chain of Bluetooth, it messed the whole group up, resulting in a loss of communication.

“We went to the drawing board and did R&D to start writing code about two years ago to develop DMC,” he explains. “Based on advanced mesh topology, the system overcomes disruptions within split seconds, even if one or more of the participants venture out of range or drop off for any reason.” 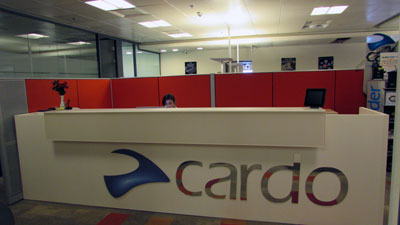 “How we fixed that was we went in and found a network that would self repair itself,” he says. “The DMC allows up to 15 riders and as few as three riders to communicate, and if any riders leave, the network self repairs. When those riders who left the group catch back up, they can rejoin the communication umbrella. No one else has been able to accomplish that, except for us.”
The DMC umbrella can range up to five miles with a group, and one mile from rider-to-rider. To experience a disruption and the DMC repair itself, you need to have at least three riders. The technology has become a riding resource for much more than just communication.

“It’s more of a safety and a comfort aspect plus the communication aspect,” Cheek says. “Riders who haven’t tried it don’t understand it, but once they try it, communication becomes that much more important. I was told a story about two riders who were out and one of the guys was able to tell his buddy to watch out for a deer. If they hadn’t had communication capability he would have hit the deer and there possibly would have been a fatality. Being able to talk about what’s going on around you helps you enjoy your time out on the road.”

To help you talk and hear through your scala rider Bluetooth device without road noise leaking in, speaker placement is critical. But a smart phone app Cardo developed can also help.
“The speakers have to be over the ear canal in order to hear best,” Cheek says. “We created an app called the Cardo Smart Set, which serves as a full control for the unit. It allows you to manipulate all your settings so the consumer can decide how it works best for them.”

In addition, Cardo has been teaming up with helmet manufacturers to fit its products directly on or inside certain premium-level helmets.

“In the last five years, we’ve gained unmatched experience in serving and collaborating with some of the finest brands in the motorcycle industry including Schuberth, Shoei, Ducati, Bell, and others,” Cheek says. “Our technology is being used by more leading brands than any of our competitors combined.” 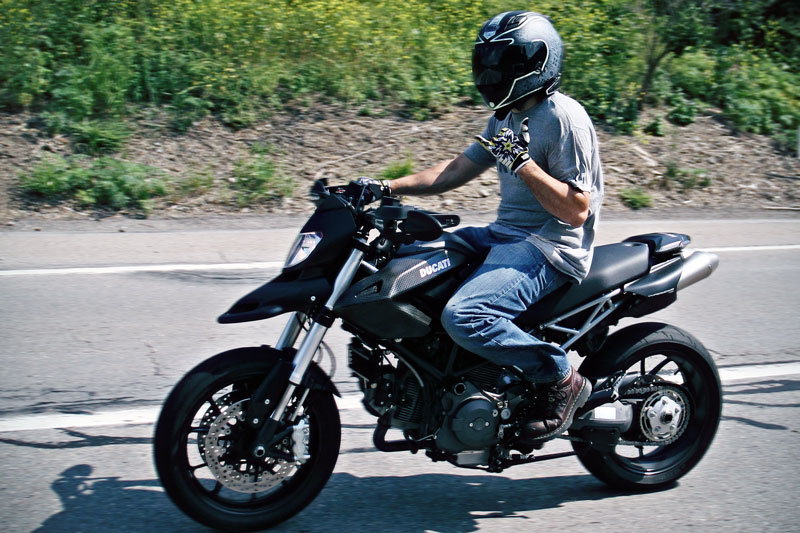 These innovative technologies, new advancements and key partnerships have led Cardo to strong growth over the last few years and its products are available in more than 85 countries. Yet, despite its successes and growing adoption among riders, there are many who still don’t know about Bluetooth options for motorcyclists or haven’t used it. 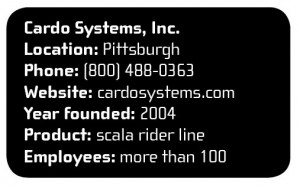 “There are a lot of riders worldwide who are still unconnected and have not tried the game changing experience of communication in motion,” Cheek adds. “We’re going to continue to offer them value propositions that should change their minds. With Cardo’s tradition of continued innovation and never-ending improvements we will keep expanding and leveraging our technological powers to new heights.”