In the real world not everyone can afford to pony up the dough for a brand new motorcycle. However, powersports dealers nationwide have been putting more and more emphasis on used vehicle sales, offering consumers an option for a great quality motorcycle or powersport unit at a lower price point. This is where powersports auctions come into play.

[dropcap]W[/dropcap]ho doesn’t love something brand new? Who wouldn’t love to take home a brand new motorcycle or powersport vehicle? There aren’t many who would pass up that opportunity. However, we live in the real world, and in the real world not everyone can afford to pony up the dough for a brand new motorcycle. But those who are more strapped for cash are in luck. Powersports dealers nationwide have been putting more and more emphasis on used vehicle sales, offering consumers an option for a great quality motorcycle or powersport unit at a lower price point. This is where powersports auctions come into play.

Just as in years past, MPN has again reached out to several auction companies to get input on how they see the pre-owned powersports market for 2016. Without spoiling too much, the general consensus is a good one. 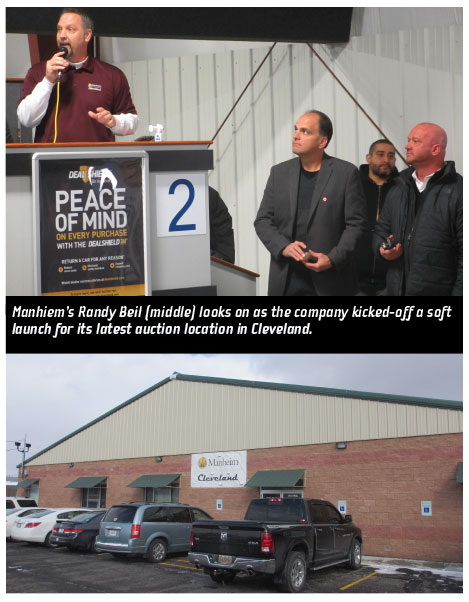 “Some of the new vehicles out there are more expensive than they used to be,” says Jim Woodruff, COO of National Powersport Auctions (NPA). “The quality of vehicle you can buy today off the showroom floor is terrific. But some product categories need a wider range of price points that all consumers can pay. That slightly older, slightly lower-priced vehicle can be attractive to a dealer because it can be attractive to their consumer. It fills a price point that you can’t get new, but still builds brand loyalty.”

For that reason, powersport auctions in 2015 and early this year were fairly strong, continuing to capture dealers’ attention toward used vehicles.

“At a high level, 2015 performed fairly normally on a seasonal basis,” Woodruff says. “The price trends and volume trends throughout the year fluctuated as one might expect.” However, the age of product coming through auctions was older in 2015 than prior years. There are a couple reasons for that.

“One reason is the product mix between repossessed vehicles and dealer consignment vehicles has shifted,” he says. “We don’t see as many repos as we did before. These tend to be younger, newer units as compared to consignments, which are usually trades or excess inventory. Another reason is paper is performing better for the banks. They’re not seeing as many first-payment defaults or early defaults. That shifted the trend upwards in terms of age.”

Others agreed that the market has been performing well as of late. “Because lending opportunities are expanding, the predictions for 2016 are very promising,” says Jane Morgan, president of the specialty division for ADESA. “We are very excited about the potential increases in volume this year.”

Another recent trend was a static product mix year-to-year. There had been a shift over the last few years in the percentage of vehicles being sold at auction towards more domestic cruisers, as well as fewer off-road products and fewer sport bikes and metric cruisers.

“2015 was fairly stable over 2014, so that trend has slowed down or plateaued,” Woodruff says. “In general, the product mix is fairly stable and more representative than ever for what we would see at retail.”
Attendance on the other hand was very strong in 2015, and some say it was slightly stronger than the year before.

“The general feeling was that 2015 was a good pre-owned year,” he says. “It was a bright spot across the board for most dealers.”

A solid 2015 and good predictions for 2016 are further evidenced by both ADESA and Manhiem opening up new auction locations recently. Manhiem opened a location in Cleveland, Ohio via a soft launch on March 2 with the grand opening to take place April 20. ADESA also opened up a state-of-the-art location in Kansas City, Mo. this month.

“We are excited to be hosting the grand opening of our new powersports auction building at ADESA Kansas City,” Morgan says. “We have also added dedicated outside powersports dealer sales personnel. Last year was a great year for ADESA Specialty because of the growth from commercial/bank customers and the specialty dealers consigning over-aged inventory to sell. If our customers’ estimates for volume in 2016 are accurate, we should have another growth year. We have been very busy in early 2016 and are pumped for what is still to come.” 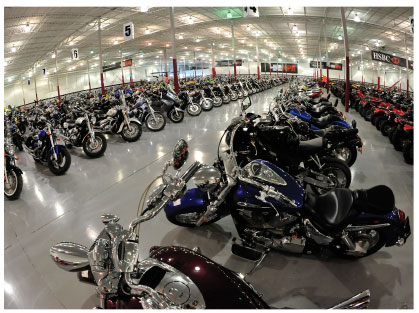 Manhiem echoed this notion citing an increase in demand and opportunity available in Cleveland for its newest auction site, which will primarily serve automotive customers.

“Cleveland has a lot of bikes, powersports and boats,” says Randy Beil, regional vice president of mobile strategy for Manhiem. “We wanted to be able to service those customers who are here, and since there isn’t an active powersports auction (in Cleveland), this location gives us that chance.”

While the auctions themselves continue to improve, the dealers are also stepping up their game when it comes to this space.

“Dealers are more educated than ever before about the things to look for, and are watching their own numbers more than ever before,” Woodruff says. “It’s the desire among dealers to do better, smarter business and use the tools that are available.”
Automotive dealers are even starting to pay more attention to the powersports auctions. These vehicles can be a great way to lure consumers onto their car lots.

“I have always tracked crossover buying of any kind just to see if we are missing any markets,” Morgan says. “What we discovered is that when there were auctions of cars and powersports being done on the same day, some car guys would drop by the powersports auctions. We’re seeing more and more of it now, and because of the average price point and consumer interest of powersports, it really appeals to the independent car dealer.”

According to both ADESA and Manhiem, hosting a powersports auction on the same day as a car auction has proven to attract more crossover buying.
“If your specialty auction is on the same day as the car auction, and therefore the car dealers are already there, they are making the conscious decision to stay for the specialty auction,” Morgan says.
These trends and more are driving a promising start and outlook for 2016. 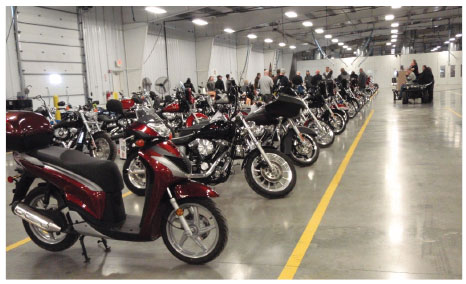 “Our belief is that 2016 is going to look a lot like 2015 in terms of pricing, volumes, participation, and that’s somewhat true for retail,” Woodruff says. “I think its going to be another really, really good year for pre-owned. Sometimes when the economy is soft in certain regions pre-owned vehicles are a great alternative for those consumers.”

Another strong indicator is that the lending space has been on the rise in the powersports market. “For 2016, there is an increase in awareness and opportunity lenders are seeing in the powersports space,” adds Ryan Keefe, director of marketing for NPA. “We are getting all different sizes of lenders from different industries and they all recognize powersports has opportunity.”

From investment banks to new potential lenders, NPA says requests for data and information have doubled or tripled.

“If that’s any indication of the interest in retail lending and the opportunity for dealers to sell more vehicles by having more financing options for their consumers, that’s a great sign for 2016,” Woodruff concludes.

Something Old, Something Borrowed